The Second Draft of Matt Fried 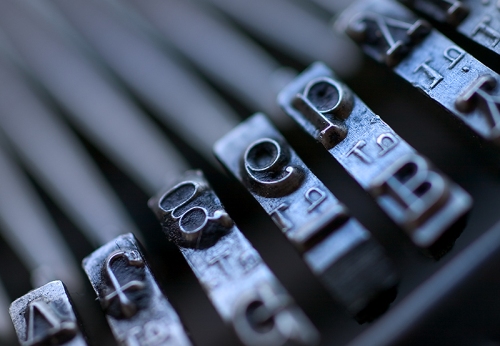 So, consider this post me coming up for air after being submerged in a sea of writing and rewriting. Some days, you feel like you’re riding a tall wave – just you and what God gave you. Other days, it feels like straight-up waterboarding, and Dick Cheney is holding the bucket.

In the last week, I’ve plowed through work on an original pilot script and I’m still working on my Sunny script. During those same days, I’ve found myself inside my apartment for hours staring at a computer; rarely leaving except for the gym, grocery shopping, and maybe – just maybe – the occasional night off. This kind of cabin fever does something to your head. You find yourself going one-on-one with your talent and your ego. Your talent is always assuring you to press ahead; don’t be too hard on yourself if it isn’t perfect. Your ego is screaming at you “STOP. NOW. It’ll never be as good on paper as it is in your head.” Suddenly, you begin to wonder how long it’ll be before you start collecting your own piss in jars. Though (now that I think about it), I wouldn’t mind a stained glass window in my place.

I’m beginning to see that sometimes, the creative process is not easy. I mean: it’s easy in the respect that an idea comes to you, you think through it, and then you write it out. For a few hours, you feel brilliant. However, the hard part comes after: you need discipline to sit back down again and let yourself change a few things around. Worst of all, you need to let go of some great stuff that isn’t meant to work, and allow yourself to replace them with some new ideas that kind of fit, but they sound nowhere near as good as your first ideas. The big hope is that time, massive rewrites, and maybe a reading or two will ultimately take you to a newer, better idea that’ll knock you on your ass and make you say “I can’t believe I didn’t think of that before!”

And that, kids, is supposed to be how perfect comedy scripts are written.

All of this writing has taken a toll on my performance life. In fact, I’ve recently decided to take a break from improv until I get these scripts done. On any free nights I have, I’m trying to go out to open mikes and work on written solo material I have (known in some cultures as “stand-up comedy”). And of course, there’s still The Matt Fried Hour. It has occurred to me in the last week that perhaps part of the reason why I stuck by improv for so long – and found excuses to not go after other comedic pursuits – was simply because I knew the work involved would be big. There is something way easier about showing up somewhere, making shit up, and then a little later getting all the praise and a girl’s phone number. Since I decided to pursue writing these scripts, there have been many things I’ve done that my ego demands I avoid. Because it moves me away from a place of total security and artistic self-assurance. But, truth be told, I’m learning that when I do hear that voice in my head, it means I need to move toward what it wants me to avoid. Even if it means staying up until 3:00 a.m. trying to figure out how to make a joke about Samuel Beckett funny. If I don’t, then I wonder, “If not now, then when?”

2 responses to “The Second Draft of Matt Fried”